Leading independent prep school, Edge Grove, has officially announced the appointment of Lisa McDonald, who will take on the role of Head at the start of the next academic year in September 2020.  Currently Deputy Head at The British International School in New York (a sister school to Abercorn School in London), McDonald has expressed a shared commitment to the cultures and traditions that have so successfully underpinned Edge Grove’s ethos and reputation over the years and is looking forward to becoming part of the school community.

Speaking about her appointment, Lisa McDonald said, “I’m really excited to be joining Edge Grove next year and to lead the school in its continued pursuit of excellence. I’ve been genuinely inspired and enthused by the school’s traditional values and its warm and nurturing learning environment. From the moment you step into the beautiful building, you can see first-hand that children really do flourish here. I am impressed by the school’s dedication to providing an inspiring, broad and engaging curriculum that truly prepares pupils for their onward journeys. Edge Grove’s admirable commitment to the wider community and its cultural heritage are also values that I am tremendously passionate about and this is a huge part of what makes Edge Grove so special.”

McDonald’s current school educates over 300 pupils from the ages of three to sixteen. It teaches the English National Curriculum within the framework of the International Baccalaureate and serves a culturally diverse student population. Pupils go on to the top schools in New York with a number returning to boarding schools in the UK, both processes with which McDonald is closely involved.

Ian Elliott, Chair of Governors at Edge Grove added, “We feel very confident that Lisa’s experience in the intensely competitive environment of Manhattan has prepared her well for the exciting demands of life in North London.  Lisa will also be working closely with Ben Evans between now and September to ensure a smooth transition.”

Born in Glasgow, McDonald previously gained a Law Degree from Aberdeen University and worked for a top legal firm in Jersey.  Pursuing a change in career direction and following a long-term passion to teach, McDonald was awarded a PGCE at Cambridge University and worked in Jersey as a Junior School teacher before rising to the position of Head of Early Years with supplementary senior roles within the State of Jersey. She then moved on to become Assistant Head at The British International School in New York before being appointed the role of Deputy Head of the whole school.

Current Headmaster Ben Evans, commented on his departure, “Being Headmaster at Edge Grove has been a real honour and I’m very proud of our pupils and of what we have achieved as a school over the years.  I know that the children will continue to flourish under the direction of Lisa and I wish her and the whole school community every success for the future.” 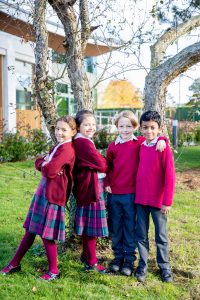 Arrange a visit to Edge Grove

Click here to visit on a weekday tour or at our Open Day on Saturday 26th February 2022.